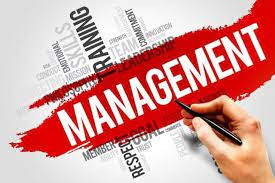 Which is the greater motivator, ‘Stick’ or ‘Carrot’? – I have put that question to approximately 6,000 intelligent, well-educated people and most of them don’t know. When they guess, they get it wrong.

First let’s be clear what is meant by the two terms. ‘Stick’ is the threat of something nasty happening to you. Generally it’s not physical these days (although it was at the school that I went to). Usually the penalty is financial or work-related.

‘Carrot’ is a reward of some kind; a better job, an award, more money, a competition prize, an annual bonus and so on.

‘Stick’ or ‘Carrot’ can be used in such varied situations as dealing with anti-social behaviour in young people, incentives for executives to achieve company targets or stimulating salespeople to reach a higher level of productivity.

But whatever the application, it is desirable to know which of the two inducements works better, the threat of something nasty happening to you or the lure of a pleasant experience?

For the answer, you only need to look at what is used by long-established – hence experienced – organisations which require people to do things they don’t really want to.

The IRS does not send out the kind of letters that charity organisations use. You won’t be told how much your donation will be appreciated or what good works will be paid for with it. Instead it’s, ‘Pay by return or we’ll see you in court.’

I put this point across in my seminars by asking a series of questions; ‘Do you drive a car?’ ‘Is it insured?’ ‘Do you like paying for insurance?’

They say that they don’t.

The answer is that the likely outcome of not being insured is an expensive penalty and perhaps loss of driving license.

You’d get the same reply if you asked if people like to pay income tax or for servicing their car.

We are motivated to do these things because we know that not doing them invites a consequence which is worse than the nuisance or expense of doing them.

By contrast, ‘Carrot’ motivation is powered by the desire for ‘nice’ things and experiences. For that very reason it is weaker than ‘Stick’.

If you consider all the things that you would like to do or have, but haven’t yet taken action on, the reason that you haven’t is generally that what you have got or are experiencing is ‘good enough’, you can live with it.

It’s part of the human condition that most of us more prepared to tolerate an unsatisfactory situation than to do what is necessary to change it.

“Most men lead lives of quiet desperation and go to the grave with the song still in them.”

The understanding that ‘Stick’ has more motivating power than ‘Carrot’ can be used to make persuasive arguments by anyone who wishes to influence. Infants, politicians, leaders of countries employ the device. Political managers do so with negative campaigning. Salespeople and speech-makers gain the attention of their audience by describing a looming problem and follow by proposing a solution if you will only buy their product or concede to their ideas.

The greatest stimulus is obtained when ‘Stick’ and ‘Carrot’ are used together and there is both a pressure to move away from a penalty and also a driver towards a reward. This principle is highly-effective in people-handling of all types and is central to sales management.

To create a persuasive argument, talk about the problems your audience will face if they don’t take the action you are advocating then describe the benefits they will enjoy if they do.

Put the principle to work next time you make a speech or give a presentation.